20eats is proud to partner with Miami restaurant entrepreneur chef Vincent Thilloy as the director of restaurant relations. Vincent Thilloy is an accomplished French Chef with more than thirty years of professional experience. After graduating from Ferrandi L’ Ecole de Gastronomie School of Culinary Arts in Paris, France, Chef Thilloy experienced a highly successful international restaurateur career owning fourteen French restaurants mostly in Miami, Florida. In 1988 he created and opened the first restaurant in the U.S., Café des Arts on Collins av. in Miami Beach. Due to his success, two years later, he opened two more restaurants in South Beach: Maxim`s Café and Fairwind Café, at the Fairwind Hotel, also on Collins av. Subsequently, throughout the years, he opened: Casa Blanca Restaurant at Park Central Hotel on Ocean dr. Chef Thilloy was also appointed as the executive chef of the Israeli Embassy in Paris where he chefed for the President and his Ministry.

Vincent also owns and runs Miami South Beach Charters, a yacht cruise service that he occasionally captains and cooks for. Vincent was featured on a Chef’s Life in 2014, and has artists like Afida Turner and Marie Christine Nakache Zenou perform at Chef Vincent. Thilloy has also worked as the personal chef for such celebrities as Mick Jaggar, Pierre Cardin, Yves St. Lauren and Billy Joel. As the director of restaurant relations, Vincent will ensure 20eats goes above and beyond the expectations of our clients. 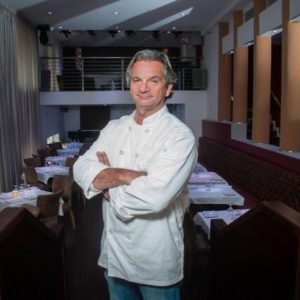